Sub-loops are a powerful addition to the Timeline in Hexels 3.1. Each animation track can have its own short sequence of frames repeating throughout an animation sequence.

For this dance-o-rama, I wanted to show an assortment of quirky characters strutting their stuff on the dance floor. The animation would be colourful, lively and have loopable animations of various lengths, also known as sub-looping.

I began with the Pixel Trixels 1080p template, as I’d be primarily working with pixel layers and would only need a single vector layer for the dance floor. 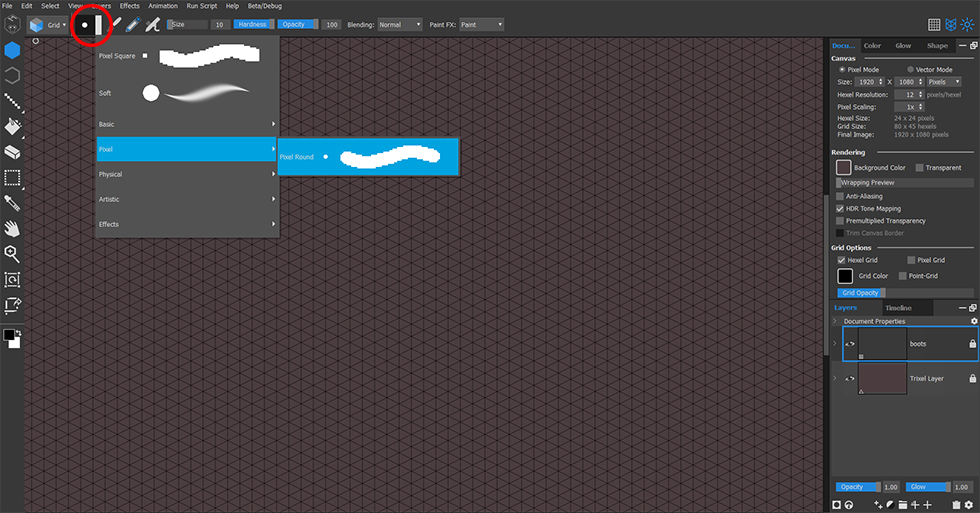 My character animations were blocked out with crisp black outlines and filled in using the Fill Tool (G). I used the Pixel Round Brush found under the brush preset menu.

Switching to Timeline mode, I drew each of the frames with the Onion Skinning icon enabled (circled). Onion skinning displays a ghost image of the previous and next two frames, helping with judging alignment and flow.

Internal linework used the same brush with a size of 5. The final frame count for the character was 36 frames. 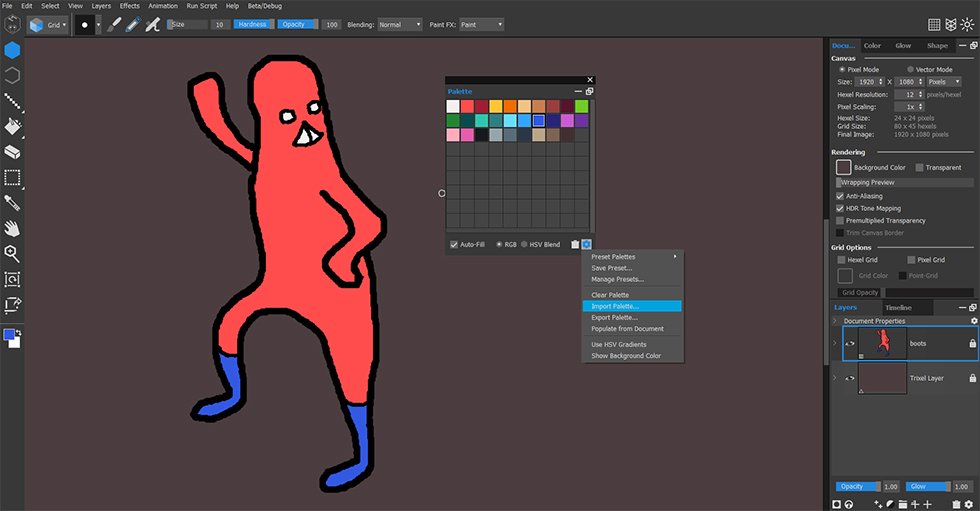 I wanted my scene to have a limited color palette, so I downloaded a 29 color .gpl file. Palette files can be dragged directly onto the Palette tab (Ctrl+3) or imported via the cog (settings) icon at the bottom of the Palette window. Multiple palette types are compatible with Hexels including .hxp and .aco. I simply used the Fill tool (G) to color each of the 36 animation frames.

While creating the shorter character animations, I made sure that loops were divisible by the total frame count. This was only needed if the whole animation is designed to loop seamlessly. In this instance, the total animation length is 36 frames. 36 is divisible by 12, so the 12 frame animation will loop 3 times to match the total runtime.

During playback, the animation of the yellow character can be seen to extend beyond its 12 frame limit and loop for the duration of the entire animation.

The dance floor was created on a vector layer below the character layers. The black linework was drawn using the Outline tool (O) and the dancefloor squares were colored in using the Fill tool (G).

To animate the dance floor, a second cel was added on the same layer at frame 18. This meant that the dance floor would alternate images at the midpoint of the final animation. By holding Alt while the Fill tool (G) was selected, colors could be sampled and relocated to alternate squares.

The character layers were reintroduced and the opacity value for the dance floor layer was lowered to 0.80 (circled) to help distinguish the dancers from the background.

The next step was to create a frame to define the area visible in the final exported animation. With the Frame tool (F) selected, I set the Framing option to Fixed Ratio and Pixel Size to 16×9 at the top toolbar. Dragging the corner of the frame bounding box maintains the fixed aspect ratio while positioning. 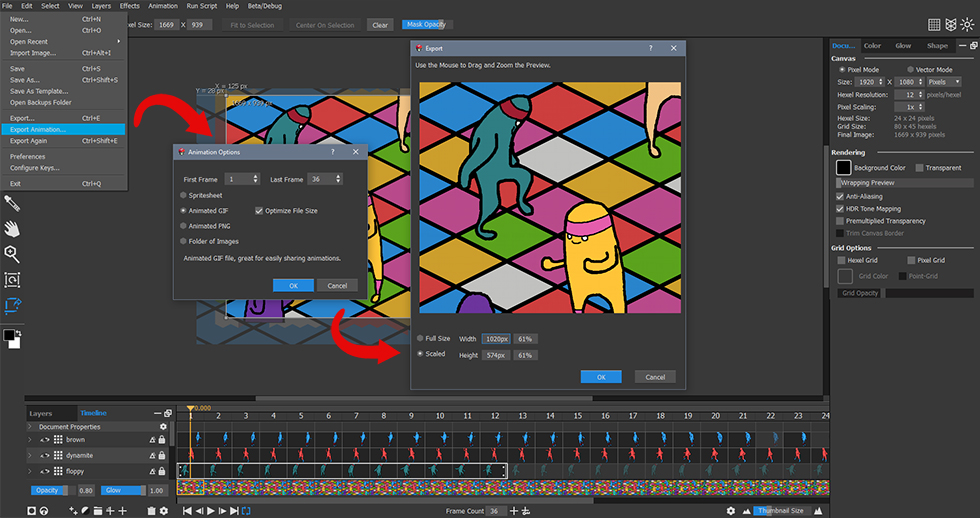 To export the final animation as a .gif, I went to File > Export Animation. The Animation Options window appears and I’ve set the First Frame value to 1 and Last Frame value to 36. I chose Animated GIF and hit OK. The Export window is displayed, which allows for a custom export size. I changed the Width value to 1020 and the Height value changed automatically to maintain the current aspect ratio. Clicking OK begins the rendering process and the export is complete.

Hexels’ sub-looping feature is an efficient way to loop individual animation tracks within a larger animation. Create your own multi-layered dance battle animations using the 14-day trial of Hexels. 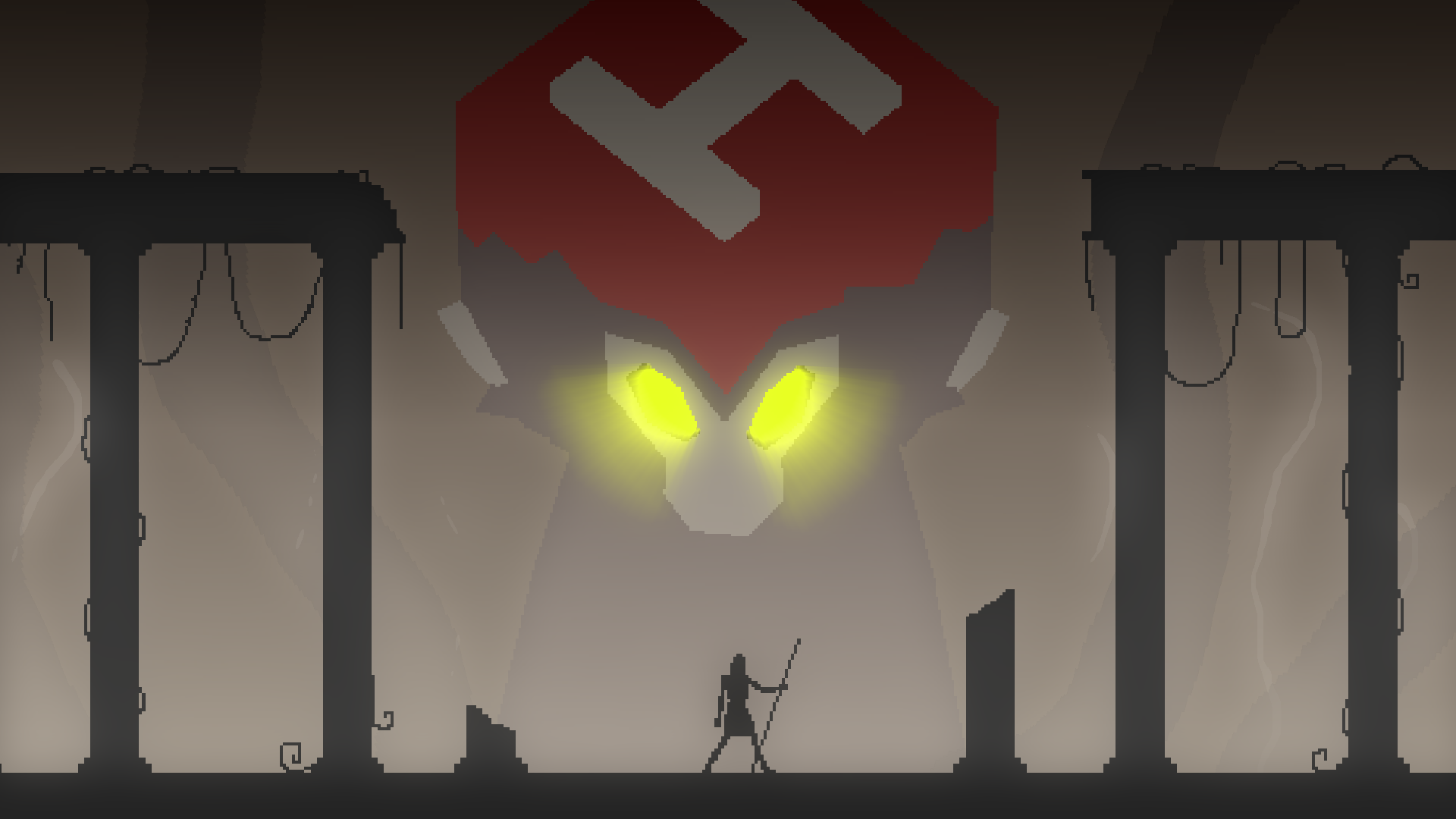